An Inside Look at Planting: GMO vs. Organic Crops 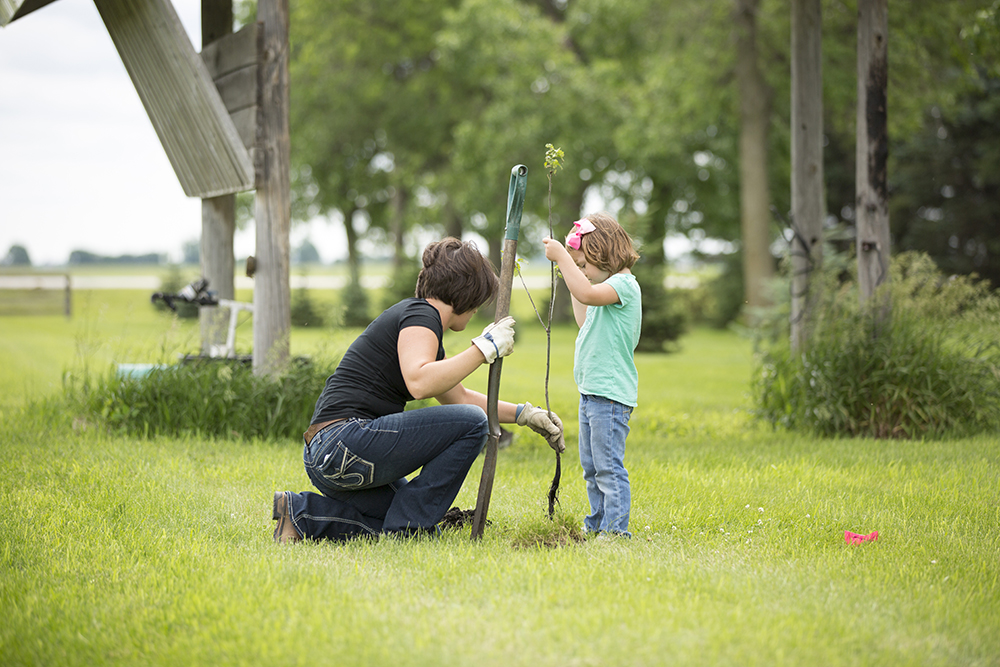 By Jennie Schmidt
Jennie is a Maryland farmer. She is also a registered dietitian who speaks about food and farming systems, sustainability and family farms.

As a farmer who grows crops ranging from corn and soybeans to tomatoes and green beans, I’m often asked about my work. One of the questions I get most often is whether I grow organic or GMO (genetically-modified) crops and which is safer and better to eat. My answer is that I have used both farming practices and I feed my family food that’s been grown both ways – and you might be surprised how similar they are.

To maximize soil nutrients, we rotate crops. For example, the fields in which I’m planting corn this year were planted with soybeans last year. In the fall, we planted these fields with cover crops, or crops that will not be harvested, but will hold last year’s nutrients in place until spring.

One of the only significant differences between planting organic corn versus GMO corn lies in the way we rid the fields of remaining crops and prepare the field for the next planting.

In preparation for planting conventional corn, we spray the remaining cover crop with a mixture of water and weed killer, similar to what you might use in your garden. Our sprayer holds 700 gallons. Of these, only 8 gallons are herbicide – that’s the equivalent of about one cup per football field. The rest of the liquid you see us spraying is plain water.

Before we plant organic corn, we still need to kill the remaining cover crop, but we don’t spray pesticides mixed with water. Instead, we plow the ground, much like you would rototill your garden to turn and bury weeds. Some farmers also burn their cover crops before planting organic seeds. While there are organic herbicides, they are not as effective and do not provide any lasting weed control.

The other big difference between planting conventional or organic corn lies in the seed itself – whether or not it’s been genetically modified to withstand pest and disease pressure. Farmers have lots of choices when it comes to which seeds to plant. If a farmer is challenged by a certain insect, for instance, he or she might choose a GMO seed that’s been bred to stand up to that pest. In dry areas of the country, farmers might select seeds that have been bred to better withstand drought.

Organic and genetically modified seeds are planted in the same way. We set up our planter – a very modern piece of equipment – to plant rows of corn. Inside, the planter has a series of 16 tubes that function like a vacuum; they suck up one seed at a time and drill these seeds into the ground. Wheels on the rear of the planter then cover the drill holes to protect the seed. Basically, my planter does everything you do in your garden to plant seeds – just more quickly and precisely. The planter is guided by GPS, so there is no overlap of seeds and no wasted fuel. Some farmers use planters that have auto-drive features. Mine doesn’t drive itself, but it does stop at the end of a row, which allows me to focus more on planting than on driving.

Whether planting organic or conventional seed, the biggest challenge that we face is Mother Nature. If you garden, you can relate to not wanting to plant seeds in cold or wet ground. Unlike backyard gardeners, I can’t tend to new seeds in a greenhouse or bring them inside during a late freeze – so timing is very important. I don’t want to plant my corn before the ground is warm and dry enough for it to survive and grow.

I’m not only a farmer, I’m also a registered dietician. I know that planning meals can be stressful, so I encourage you not to fear your food! Instead, ask questions and learn the facts from people who grow it, like me. Knowing the facts might help reduce stress, which makes meals more fun.

Just a small typo, but

5th paragraph down you threw in the word pesticide instead of herbicide.

Thank you for the straightforward explanation. 🙂

Finding Common Ground Between Hu... City or Farm, Moms Aren’t that... Buying Local…at the Grocery St... An Inside Look at Mid-Season Man...